Home » Mains » Swiss Macaroni Cheese with Apple Sauce
Jump to RecipePrint Recipe
This recipe is much simpler than it looks. The trick is to get the apple sauce and caramelised onions cooking before you get the macaroni on. Once the onions are cooked you can slide them into a bowl and cook the bacon in the same pan to save on washing up. 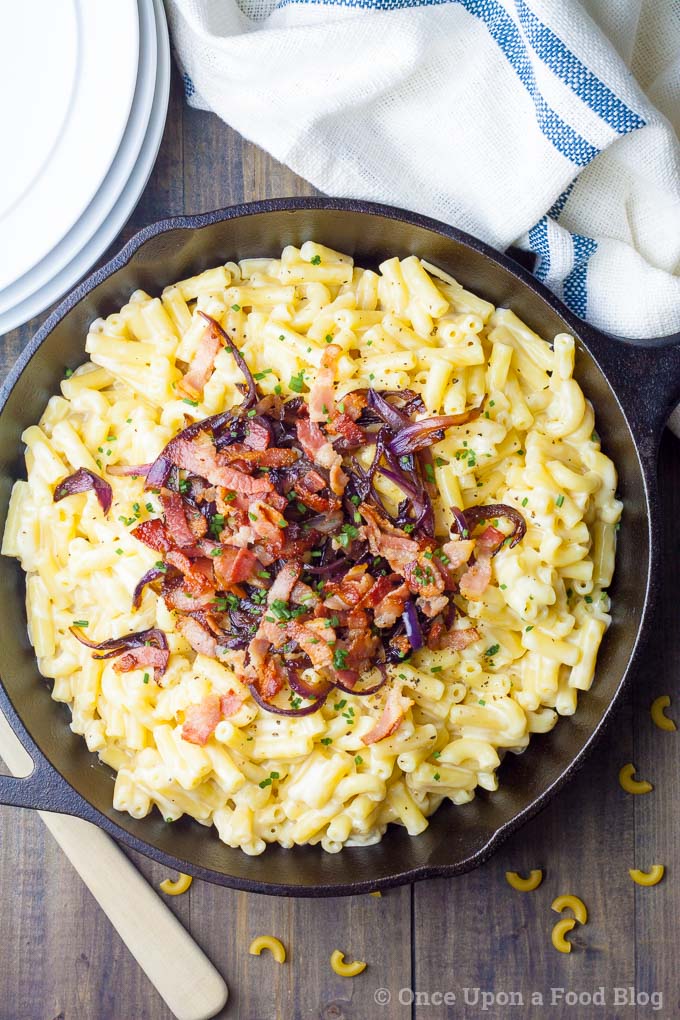 Ok. So, I know that you like warm, comforting food because my Cheesy Leeks is one of my most popular recipes and I know you love cheesy pasta as my Baked Tagliatelle with Smoked Salmon and Gruyere is not far behind. So I think that this Swiss Alpine Macaroni Cheese with Apple Sauce is going to blow you away!

We first came across this Swiss classic a few years ago whilst visiting the Jungfrau region of Switzerland for our summer holiday. We spent the day riding the trains and cable cars up and down the mountains (and doing embarrassingly little walking at the top – well, we were on holiday!) and the evenings sitting in cosy restaurants sampling the local fare. I immediately fell for the rostis, fondue and raclette but, one evening, our eldest ordered the Alpine Macaroni. We all thought it sounded interesting and were keen to try it when it arrived. And it was gorgeous – just perfect! So much so that we all ordered it the next evening. 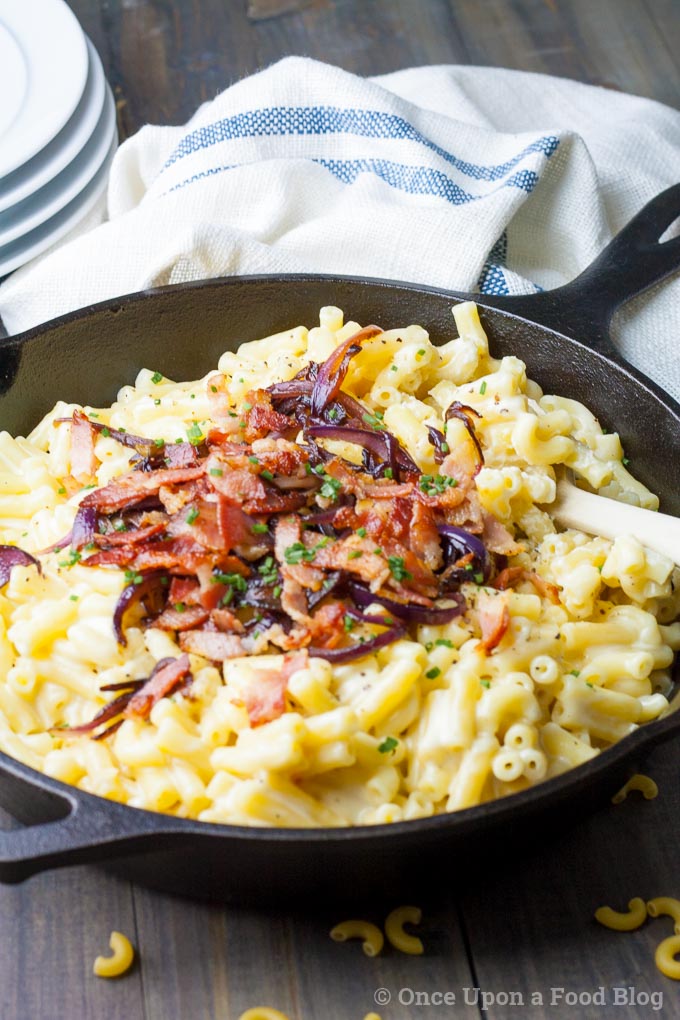 As soon as we got home I did some internet searching, played around with the ingredients and this is what I came up with. It might not be 100% authentic (well, to be honest, it’s totally not authentic as they cook their macaroni in milk and I felt the need to keep things simple) but it’s pretty close and absolutely delicious!

The traditional recipe calls for the addition of cubes of potato. I think they work really well, giving a variation in texture, but I haven’t added them to this recipe as it is already much more involved than my typical recipes. If you want to add them then use about ¾ of the macaroni stated in the recipe and cook a handful of waxy, 1½cm (½ an inch) diced potato in with the macaroni. 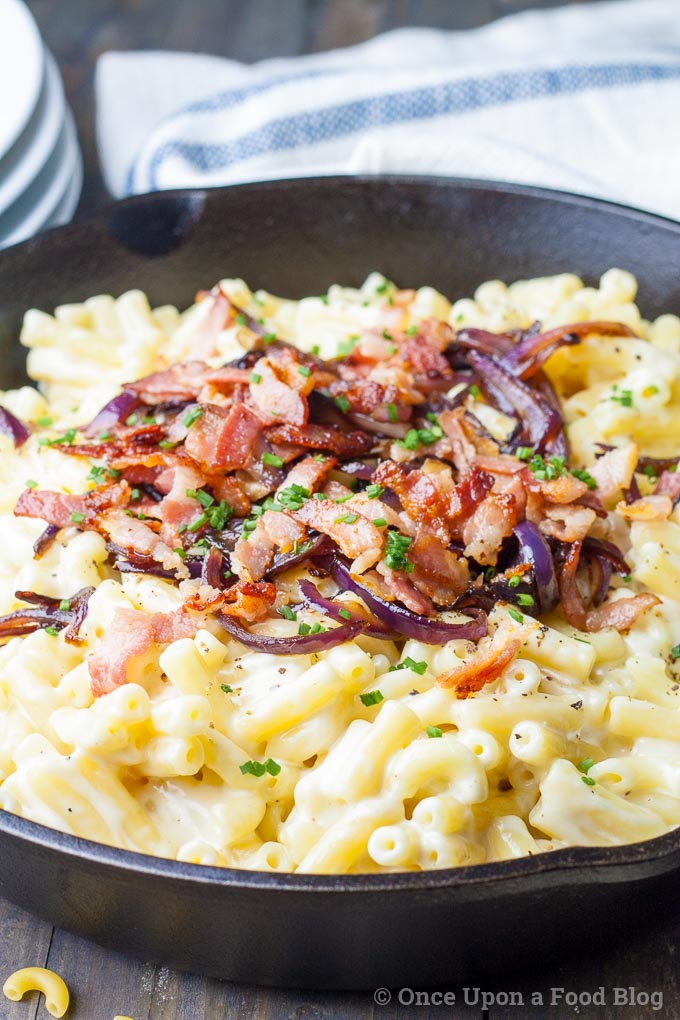 If you can get hold of Comté or Gruyère then it’s worth using. A good alternative is Gouda. These cheeses are richer and deeper in flavor than the traditional cheddar we use in macaroni cheese and create a dish that is even more perfect for these cold, dark autumn evenings we are having to get used to.

The Swiss like to add bacon to their dish Feel free to leave it out if you are wanting a meat free meal although it does work really well here and makes a lovely crunchy, salty topping for the pasta. I think I’m including the bacon….

I’m including the caramelized onions too. Don’t feel pressured here. If it’s a week day evening and you’re just in from work or you’re rushing to get the oldest to swimming, the youngest to gymnastics and you’re aiming to not lose any of the others in between in the process then leave out the onions, they’re not that important. But if it’s a Friday night and you are opening a bottle of wine then do the onions, you’ll be glad you did. 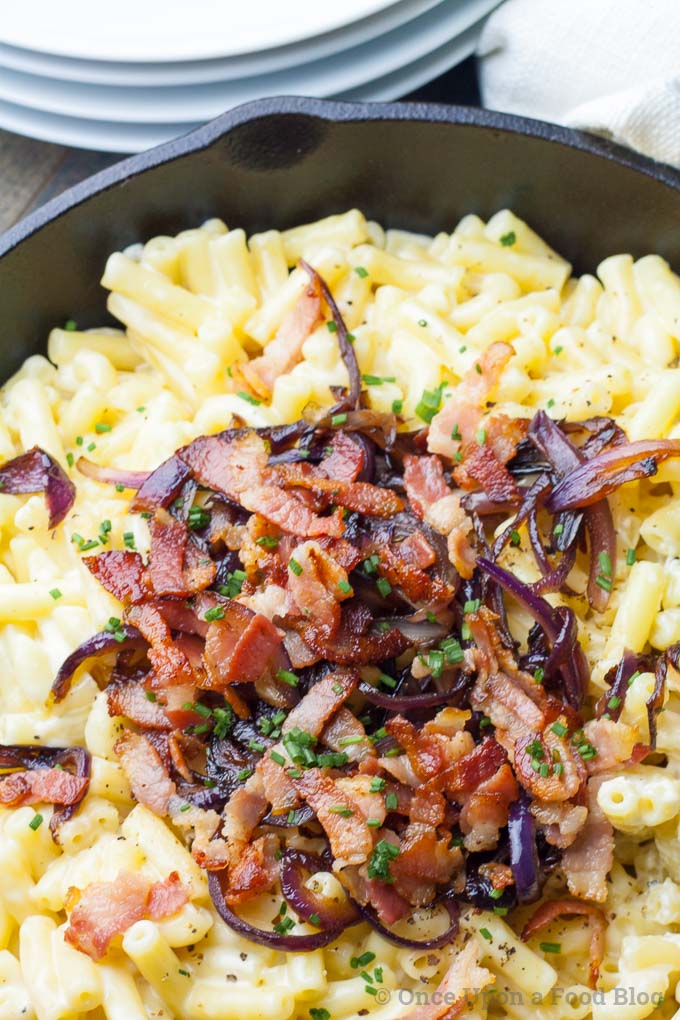 However, the thing that really makes this dish stand out is the apple sauce. I know it will take extra time to make, and I know it sounds really weird, but if you are feeling brave then give it a go. My internet reading when I got home revealed that the Swiss seem to be in one of two camps. You either eat the apple sauce with the pasta or you eat it after as dessert. We didn’t know this at the time and tucked right in. And I promise you, it’s gorgeous. If you are feeling really brave you could even simmer a vanilla pod in with your apple sauce. I absolutely love it but that may be taking it a bit far for some people!

Update: I made the apple sauce and had it sitting in a dish on the side ready for the photos. As soon as the pasta was ready it was straight into taking the pictures. There is always a bit of a time constraint when taking the photos as the food only looks its best for a short while, so there is no time for messing about. It wasn’t until we were tucking in that I realised that the apple sauce was still in the kitchen… 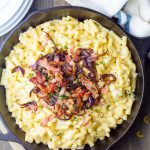 Course: Mains
Cook Time: 30 mins
Total Time: 30 mins
Servings: 4 people
Author: Anna Bloomfield
This recipe is much simpler than it looks. The trick is to get the apple sauce and caramelised onions cooking before you get the macaroni on. Once the onions are cooked you can slide them into a bowl and cook the bacon in the same pan to save on washing up.
Print Recipe Pin Recipe

For the apple sauce

For the caramelised onions

For the apple sauce 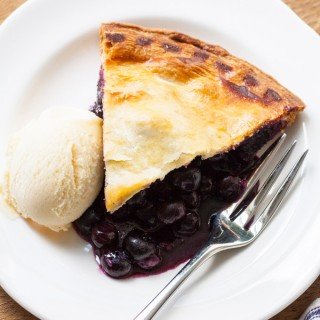 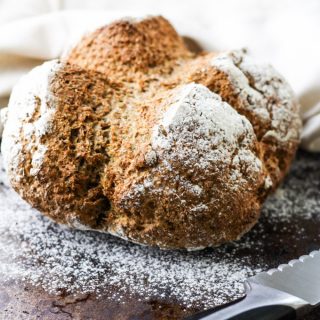 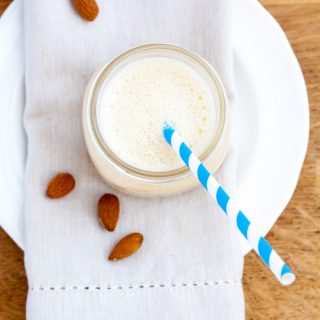 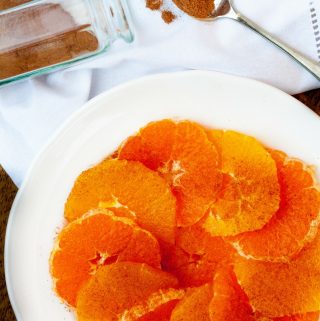 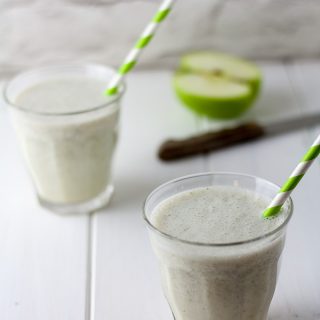 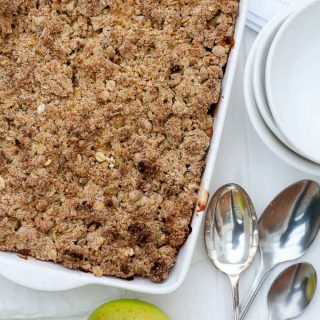